What is the Vietnam Golden Star Balm

During the war against France and the years after 1954, Vietnam has the only common medicated balm, called White Tiger Balm. After 1954, North Vietnam started to rebuild the health care system. The state-owned pharmaceutical companies have been encouraged and accelerated the production of medicines from the traditional medicinal ingredients which are available in the country.

Being a well-known product, Golden Star Balm was one of the products that have been researched into mass production. Research and production at that time were not easy. Until about 1968-1969, after such a long period of research and development. Golden Star Balm has been produced in large quantities. The product is considered stable in quality with durability under various weather conditions, with the trade name in Vietnamese was Cao Sao Vang 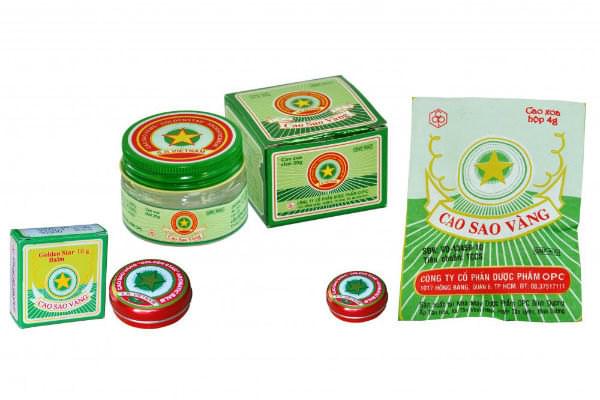 After 1975, Vietnam and the Soviet Union increased trading activities. Cao Sao Vang was one of the famous items exported to the Soviet Union. Every year, about 10-20 million boxes have been exported.

Unfortunately, the export period to the Soviet Union has ended, leading the consumption of the Gold Star Balm to decrease. Also, there were many pharmaceutical companies produce Cao Sao Vang, however, only a few firms keep stable quantity.

Until the period of 2013-2017, Golden Star Balm is referred to as a good product to sell on the international B&C or C&C market. It could be found easily on eBay, Amazon, Aliexpress, or some of the e-commerce websites like www.hienthaoshop.com

A few tips to use Vietnam Golden Star Balm

This site uses Akismet to reduce spam. Learn how your comment data is processed.

This blog is to write about Vietnamese culture, the people, and the traditional Vietnam products. Its aim to introduce to the worldwide the value, the beauty, and the hidden charm of Vietnam